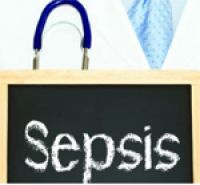 Bacterial and fungal infections have always been a serious medical problem. Sepsis is the most dangerous systemic infection. Paradoxically, despite the development of medical knowledge and the introduction of new therapeutic procedures into the treatment, the incidence of sepsis is increasing. In the United States over 750 thousand people fall sepsis each year and it causes more than 215 thousand deaths. In the European Union there are more than 146 thousand deaths due to severe sepsis each year.
In the treatment of bloodstream infections the most important and difficult problem of determining the effectiveness of treatment and, consequently, the cost and time of hospitalization is the effective diagnosis of factors causing a systemic inflammatory response in sepsis. The material subjected to diagnostic testing is blood taken from a patient showing clinical signs of sepsis. The greatest difficulty is the very small amount of microorganisms being responsible for the infection in the blood, or they are only periodically seeded into the blood.
Currently, the standard diagnostic blood cultures are performed with specialized broth media, preferably in automatic culture systems. A weakness of these methods are time consumption (until a result of the study) and low sensitivity, which causes that in only 15-20% of the culture it is possible to achieve the growth of microorganisms. The situation is further complicated by the fact that patients undergo antibiotic treatment before a blood sample is taken for culture. In this case blood cultures are very difficult due to the fact that they contain antibiotics which inhibit the growth of microorganisms.
The molecular biology techniques, such as PCR or hybridization, belong to diagnostic methods that provide reliable, accurate and fast diagnosis of bloodstream infections. The sensitivity of molecular methods is much higher than the sensitivity of the culture method. However, currently available systems enable the detection of several particular species of microorganisms or every possible gene in theory, but on the other hand they require sequencing of PCR product, which
in turn increases the cost and time for the result.
The offered invention relates to a new method for detection of bacteria and fungi in a sample of biological material, in which the contained DNA is amplified by real-time multiplex PCR system. An amplification is carried out in two stages. In the first stage there are used primers specific for bacteria and fungi. Then the product of first amplification is used as a template in a second step – an amplification using primers and probes to differentiate yeast fungi and molds, Gram-positive
and Gram-negative bacteria.
The main advantages of the proposed method are:
The offered method of detection of bacteria and fungi is patent pending. Further research and development of the invention are continued at the Department of Microbiology, Jagiellonian University Medical College. Currently the Centre for Technology Transfer CITTRU is looking for entities interested in commercial application of the invention.
commercial utility: diagnostics
field of science: medical biology, medicine
forms of protection: patent application
technological maturity: demanding R & D
property rights: Jagiellonian University
variants of cooperation: license, consulting, spin-off company, comercial contract research, sale