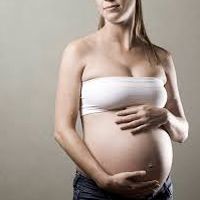 The offer is a new diagnostic test which may confirm the Streptococcus agalactiae infections in pregnant women. The proposed test uses a specific reaction of immunoreactive proteins derived from clinical isolates of S. agalactiae with the antibodies present in the serum of patients, and provides an alternative to commonly used solutions in this field.

The bacteria of Streptococcus agalactiae, classified as serogroup B of streptococci (called group B Streptococcus, GBS) colonize the lower intestinal tract, anus and vagina without causing any symptoms during the infection. It was confirmed that GBS is found most frequently in vagina and rectum at approximately 10-30% of pregnant women. Colonization may be temporary, chronic or intermittent. However, the presence of group B streptococci in vagina during pregnancy is an important risk factor for infection in newborns. The intrauterine infections may occur during pregnancy by ascending from the reproductive tract, as well as due to aspiration of infected amniotic fluid by the fetus. The presence of GBS in vagina may lead to stillbirth, pneumonia and neonatal or early neonatal sepsis.

According to prenatal care standards during the period between 35 and 37 weeks of pregnancy all pregnant women should be screened for the presence of β-hemolytic streptococci in swabs taken from the vestibule of vagina and anus. A confirmation of the presence of GBS is an indication for the implementation of the pregnant the perinatal antibiotic prophylaxis in accordance with the Polish Gynecological Society’s recommendations from 2008. The proposed solution, however, is not fully effective, as it does not limit the development of infections in neonates born prematurely and does not protect against the development of late infections developing between 7 days and 3 months of age. In addition, an increasing problem of the etiology of GBS infections affects the other groups of patients, especially in immunocompromised patients or geriatric patients.

Rapid diagnosis of infections caused by GBS guarantees the immediate implementation of antibiotic therapy. However, there are currently no diagnostic tests that allow confirmation of infections caused by S. agalactiae. Previous diagnostic methods traditionally used in carriage of S. agalactiae are based on method of cultivation (the so-called „gold standard”), which has a low sensitivity and a long time (up to several days) to wait for result. The another approach are metods of molecular biology, including methods for real-time PCR, which allow to obtain a result in a short time. However they are very expensive and they also require the use of special equipment.

The offered invention relates to a new diagnostic test which may confirm the Streptococcus agalactiae infections in pregnant women. The proposed test uses a specific reaction of immunoreactive proteins derived from clinical isolates of S. agalactiae with serum antibodies of patients, and provides an alternative to the currently used solutions in this field.

The main advantages of the proposed method are:

The offered diagnostic test is patent pending. Further research and development of the invention are continued at the Department of Microbiology, Jagiellonian University Medical College. Centre for Technology Transfer CITTRU is looking for entities interested in commercial application of the invention. 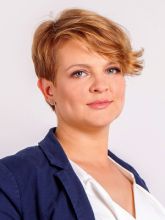 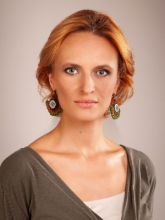